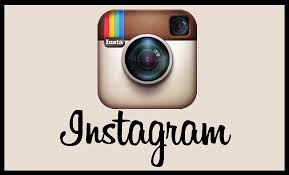 The site combines images, text, and voiceover to pack a full news story into just 15 seconds.

Lyft recently promoted its peer-to-peer ridesharing services to Sundance Film Festival-goers with the #lyftcreatives video series. Drivers quickly introduced their themed rides, which ranged from Harry Potter to karaoke. What film fan wouldn’t want to be chauffeured by El Duderino?

The dude-centric theme makes this video both interesting and useful to panicked holiday shoppers.

Oreo became the unofficial king of Instagram marketing, after a stroke of real-time marketing genius at the 2013 Super Bowl, .  They’re keeping up the creativity with #OreoSnackHacks, an ongoing series of 15-second recipes.

Over the course of a month, Toyota posted videos of this guy demonstrating a particular decade’s hit dance move in front of the corresponding car model. From the monkey in the 1960s to thrashing in the 90s, these videos are way more fun than a boring old Throwback Thursday shot.

8. General Electric: Behind the Scenes

Freight processing may not sound particularly exciting, but these behind the scenes time-lapse videos are actually quite popular among GE’s followers. The last frame of the video invites users to visit ge.com to see more, and the company’s community managers are responsive to any and all comments.

Airlines take a lot of heat from frustrated travelers on social media, so Jet Blue does its best to keep its Instagram feed positive. Over the holidays, the company posted this animated short to wish followers a safe journey home.

10. Lululemon: How To Master Your Vinyasa Scarf

As you might expect, the feed of athletic apparel company Lululemon has its fair share of beautiful women demonstrating impressive yoga poses. They also pepper their feed with a few videos, including this handy 15-second tutorial demonstrating scarf-tying technique.